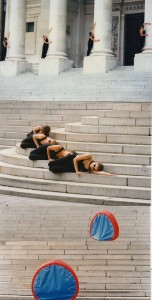 MT Gap Dance Company has grown a unique reputation for crafting tailor-made dance works for weird and wonderful locations. During 1995 to 2000 the company created location performances, residencies, workshops & large-scale community dance projects. Professional and community participants were brought together in intimate and large-scale productions both locally and internationally. Public and private spaces gave the company access to building new audiences with locations ranging from museum, to park benches and libraries.  Their company signature has always been to tease the what, where and for who of dance. As the only soley site-specific dance company in the UK they were sighted as case studies for the UK A’ Level Performing Arts curriculum. MT Gap’s final work ‘Castle’ (2000) was selected for The Year of The Artist by the Arts Council of England.

MT Gap was originally founded by Katy Lee, Karen Mc Bride and Sarah Kate Gardiner, later to be joined by Justine Reeve(s) and guest performer Lucy Griffith. The original members first met performing together in the site-specific peformance Up On The Roof (1995) directed by choreographer and architect Andrew Fifield, from the Julyen Hamilton Dance Co. The work was created for Portsmouth’s notorious Tricorn Centre, an infamous icon of 60’s brutalist architecture. 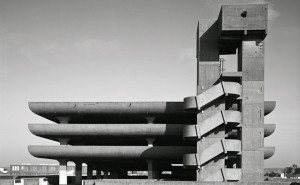 This experience fired up their passion for location work leading the three dancers to create and specialise in site-specific dance works as the collective MT Gap, later in 1997 to become a partnership between Katy and Sarah Kate. All the members have since gone on to build successful careers in dance as; choreographer, performer, teacher and educational dance examiner. 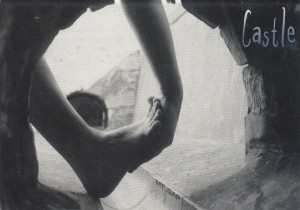 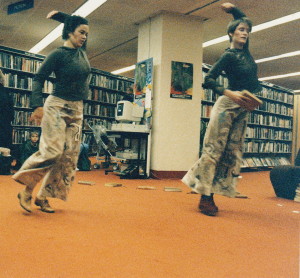 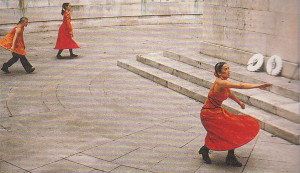 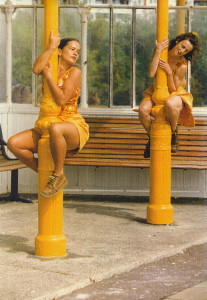 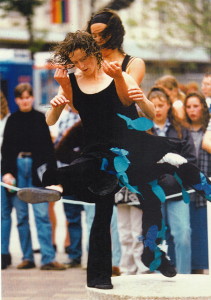